skip to main | skip to sidebar

I'm back!! I know, you're thinking, I had no idea she went anywhere! Well, you're right. I've actually just been going crazy (turns out, it is as bad as Hollywood makes it seem). March has NOT been nice to me. And neither have my children. If you're interested, let me just give you a run down of TODAY.

9:00AM: Find Victoria with red nail polish.
9:02AM: Notice the red nail polish has been shared with Anneliese, who is now finger painting her high chair tray.
9:28AM: Finish wiping entire kitchen/dining room down with nail polish remover. This includes throwing out a couple plates.
9:30AM: Calm down enough to allow Victoria out of her room.
10:22 AM: Find Anneliese near the cat box in the bathroom while Victoria is going potty. Annie is chewing on something.
10:22:30AM: Learn the item in question is not actually cat poop, but a raisin. Laugh and call mom.
11:14AM: Friend arrives, and promptly enters the car to head towards the fabric store.
11:45AM: Arrive at store, Victoria tries to bolt into traffic.
12:30PM: Leave fabric store, Victoria, once again, tries to run into the parking lot towards car.
12:35PM: Head to new fabric store (John will not like this place for financial reasons), and fall in love.
2:00PM: Get girls home and down for a nap. Time to relax.
2:30PM: Tori decides she doesn't want to take a nap. Scratch relaxing.
3:30PM: Remember to defrost cube steaks for dinner. Frantically throw them in microwave.
5:00PM: Toss cube steaks in pan, find bag of coleslaw in fridge. Follow directions, and after making the coleslaw, remember you really dislike it. Skip veggies for dinner and eat only steak.
5:15PM: Finish dinner, and go sit on the couch to digest. Hear Victoria rummaging around in bathroom. Call Victoria to front room, see she is covered in make-up. Send child to time out.
5:18PM: Remove child from time-out and make sure they are clear as to why playing with mommy's make-up is bad. Point is not received, despite numerous efforts.
5:49PM: Grab children and head towards car to run few quick errands before bedtime. Pull on door handle 3-4 times, each pull slightly more frantic.
5:50PM: Look on center console of vehicle, and see car keys. Call husband, who refuses to be late for work to bring me spare.
5:52PM: Yell in garage.
5:53PM: Head inside, and inform fellow errand runners you will not be joining them.
6:30PM: Victoria finds garlic powder and decorates floor. Sent to bed early.
8:45PM: Anneliese is still wide awake and giggling.
9:30PM: Mommy is tired, Anneliese is not. Going to be a long night.

First night out in YEARS

So last night I went out for a friend's birthday party in SLC. It was a blast. We went to a dueling piano bar, and it was so much fun! The pianists knew so many songs and people would make requests, so the music was so many different genre's. Anyway, I haven't gone out with friends for so long. It was really nice to have the break from my kids. I love how I don't need to leave them for long for me to miss them and "renew" my appreciation and love for them. So, this morning when I woke up, it was great to see their smiling little faces and cuddle with them.
So, thank you to my wonderful husband to hanging out with them pretty much all day and letting me go out to celebrate my friend, Carole's, birthday. I love you so much. Next time though, I'm dragging you out with me!! No pulling the old man card, I won't take no for an answer. ;)

Posted by MamaCates at 12:34 PM No comments:

So last night while I was making dinner and washing off my cutting board between chopping up some things, I made the mistake of running my ring finger on my right hand down my VERY sharp chef's knife. Lots of blood, and a few whispered cuss words (my children were hanging out in the kitchen with me) and John was heading to the bathroom to get me hydrogen peroxide and a bandaid. Turns out, the bandaid was not enough. I soaked through it in a minute. Haha. So, I went to gauze and tape, which also were soaked through, but slowed the bleeding down, switched the gauze out again after I finished cooking dinner, and taped it up like a mummy.
This AM I looked down and noticed (after cooking breakfast) that the bleeding had started again. So, took off the gauze, cleaned it up again, and put on a clear bandaid (it's pretty rad) really tight. The bleeding has stopped. So, now I just need to keep my fingers crossed that I don't need to go get stitches. I REALLY don't want stitches. My pulse quickens just thinking about it. :( Ha. I know, I'm a pansy.
Anyway, really sucks. Especially when I forget and try to type with that finger.

Posted by MamaCates at 10:28 AM No comments:

Some people have been asking about my vast collection of recipes lately, so, I've decided to start posting them as often as I can on here to basically put my collection online for all of you to access. I'm also organizing all the past blogs to make it easier to search for what you're looking for! Thanks everyone for reading this and keeping up with me and my beautiful little family. XOXO
SAMOSAS WITH MINT DIPPING SAUCE
Ingredients
Yields: 4 servings of 4 samosas each
Preparation
Preheat oven to 400°F.
Cook the potatoes in a large saucepan of boiling, salted water until tender, about 3-5 minutes. Drain and reserve in the same pot you cooked them in.
In a large skillet over medium-high heat, add EVOO. Add onion and cook until soft, about 3-4 minutes, then add jalapeño, ginger, garlic, coriander seeds, curry powder, cumin, allspice, cinnamon, and salt and freshly ground black pepper, and cook about 2-3 minutes. Stir in the drained potatoes, tomato, peas, and cilantro and cook another minute. If the filling seems too thick, add a splash or two of vegetable stock. Remove from the heat and let cool.
On a lightly floured surface, unroll both doughs. Cut each dough round into 8 equal wedges, like a pizza so you have 16 long wedges.
Spoon 1 teaspoon of the potato filling onto the middle of each wedge. Brush the edges of the dough with egg wash and fold up, bringing the three points up to each other, then pinching at the seams to form a small pyramid. Brush the outside of each samosa with egg wash and transfer to a baking sheet. Bake 15-20 minutes, until golden brown.
While the samosas are in the oven, prepare the dipping sauce: Place garlic and ginger in the food processor and pulse until finely chopped. Add the mint, cilantro, jalapeño, sugar, salt and lime juice, and puree until ground. Add water and EVOO, pulse to combine.
Serve up the samosas with the dipping sauce alongside.

Posted by MamaCates at 8:41 PM No comments:

Thank you Groupon.com for this dose of laughter this Wednesday morning:

For as long as matches have existed, so has fire. If you suspect that your house may be aflame, stay safe by following these simple steps:

S: Search for the source. The only way to protect yourself is to be informed.
M: Measure the diameter of the fire. The firemen need this for their records.
O: Open a window next to the flames so that a stiff breeze might blow the fire out.
K: Kiss all of your favorite possessions. You won't have time to take them with you.
E: Escape up the chimney (the last place a fire would look for you) and wait quietly on the roof for rescue.

Posted by MamaCates at 9:29 AM No comments:

The concept of democracy

Children apparently cannot grasp this concept. I am currently watching my friend's two kids, ages 1 and 3 today for awhile and attempted to hold a vote for which princess movie we were going to watch. So, after having Princess and the Frog win 2-1 (Annie was asleep, and wouldn't have cared anyway), the one who had not voted for the movie threw a bit of a fit and went to lay down in a different room. Ha. Whatever makes them happy. My house is actually quiet. Victoria was so tired, she passed out before the movie even started! Ha. 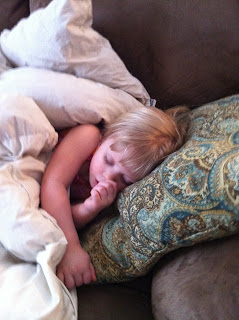 Anyway, more to come, but at the moment, I am going to take advantage of the quiet and get a bit of cleaning done!!
Just kidding, Annie woke up, and I don't think 1 of the girls I'm watching is going to take a nap... oh well. A few moments were nice. :)

MamaCates
Hill Air Force Base, Utah, United States
Hello! As if the title didn't give it away, I'm a USAF wife and mom of two beautiful little girls. This blog is my place to share what is going on in our little lives. Whether it's sharing recipes, or needing a place to complain about cleaning the marker off the walls for the 10th time in a week. Thank you to all my readers, you are wonderful. And if you like it, tell your friends!!

People who don't mind being publically associated with me

Happily Ever After Confections